Jenny Boucek's pregnancy represents a first for the NBA 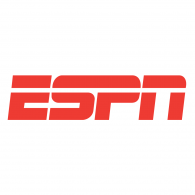 Zach Lowe writes, "On Feb. 3 in Sacramento before an otherwise unremarkable Mavericks-Kings game, Jenny Boucek, a Sacramento Kings assistant coach, strode across the court toward Rick Carlisle, the Dallas Mavericks head coach, for what Carlisle assumed would be a typical pregame chat. The two are friends; Boucek, an inaugural WNBA player and longtime assistant and head coach in that league, had spent parts of the 2011 and 2014 WNBA offseasons visiting the Mavericks -- including for a full month of the team's 2014 training camp.

'There's something I've got to tell you,' Boucek said. It was something she had told very few people, and almost no one in the NBA.

Carlisle was thrilled. He and Boucek had talked of how much she wanted to be a mother, even as she prioritized her dream of coaching in the NBA above everything else -- her personal life, the opportunity to meet a spouse or partner, her friendships.

Both understood Boucek would be breaking new ground in the NBA: a pregnant coach, and single mother of a newborn. None of that would be new in women's college basketball, the WNBA, or really any other industry. Maternity leave and other accommodations for mothers are expected, even if the U.S. lags behind the industrialized world in such measures. But within the NBA -- though it rates among the most progressive leagues on social issues -- Boucek's pregnancy represented a unique circumstance."