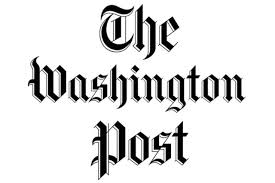 Lydia DePillis writes, "Sometimes, state-based legislative change seems to be an incremental thing, with bills trickling through state houses across the country so slowly that a casual observer wouldn’t notice — which is often what backers of such campaigns would prefer.

And then there’s the supernova approach. That’s what a coalition of progressive and women’s empowerment groups are trying this week around the issue of equal pay, advancing bills in nearly half the states at once — from Alaska to Kansas — in a bid to elevate solutions to America’s nagging gender pay disparity at a time when little seems likely to happen in Congress.

'We decided that because legislators have been asking for it, let’s try to make a coordinated effort around this to try to nationalize the issue,' said Nick Rathod, director of the State Innovation Exchange, a three-year-old network of progressive state legislators.

On the menu of policy ideas that a state legislature might decide to take on, equal pay is relatively low-hanging fruit. It polls well — most people say they want everybody to receive the same compensation for similar work — and there are several options for how to address it, from simply increasing penalties for violations of existing laws to requiring minimum salaries on job postings, so that women and people of color can’t be lowballed.

But that doesn’t mean it’s a slam dunk. The biggest challenge, lawmakers say, is getting their colleagues to agree that the gender pay gap is still a problem, more than 50 years after Congress passed the Equal Pay Act of 1963, which banned discrimination on the basis of sex. Despite that and many similar state laws, women often aren’t even aware they’re being paid less than men for similar work, much less willing to go through the hassle of a lawsuit— as many people realized when the Sony e-mail hack revealed that actress Jennifer Lawrence was paid much less than her male co-stars."