The General Counsel role is increasingly defined by its focus on strategic risk management. General Counsels are called upon to anticipate and prepare for crises, act as an ethical guardian for the company, and influence the company’s culture. These skills have only become more important during the COVID-19 pandemic, as companies look to their General Counsels for leadership in navigating economic and regulatory uncertainty.

What does it take to “be the GC” in these challenging times? What first steps should the GC take when an issue arises, and what pitfalls should she remain mindful about? In this interactive panel, we will examine these questions through hypothetical and real life scenarios facing today's General Counsels, including whistleblower protections, crisis management, and artificial intelligence.

Typical fall and return to school conversations consist of what I did during summer vacation; however, 2020 changed that script. With restrictions and stay-cations, many returned to favorite hobbies and pastimes while others learned new skills. What did you do for fun (or to stay energized or maintain sanity)? Whether it was baking bread, cooking a comfort food, dusting off the sewing machine, jumping on a new exercise bike, dancing or singing like no one is watching, finding a way to relax or something else, we all have a story to tell. Share your experience with the GCI participants.

Simply provide a brief description and picture if you have one on the activity feed of the NAWL app. During this “Meet and Mingle” session, we will have the opportunity to discuss and vote for the prize winner in each category. Categories are: Baking, Cooking, Sewing/knitting/crocheting/arts and crafts, Fitness, Music/dance, Relaxation, other

This panel will feature top legal professionals from a wide range of industries. They will focus on how to excel in a corporate legal environment, including essential strategies and skills necessary to meet today's moment.

Meet your fellow GCI participants in this friendly trivia competition! Virtual trivia teams will be randomly assigned and tasked with answering questions about general knowledge, women's history and NAWL! In between, you'll be able to meet your teammates and unwind after the first day of the conference. All GCI participants are invited to play, and prizes will be awarded to the top teams.

During this session, NAWL will unveil its Annual Report of the 2020 Survey of the Retention and Promotion of Women in Law Firms. Since 2006, NAWL’s Survey has tracked the professional progress of women in the nation’s 200 largest law firms through a comparative view of the careers and compensation of male and female lawyers at all levels of private practice, and data analysis focusing on the factors that influence career progression.

This session will discuss how the lived experience of attorneys across generations align and diverge from the numbers reported in NAWL's Survey.

RAISING THE CONSCIOUSNESS OF AI: PERSPECTIVES ON ETHICS AND PRIVACY IN THE AGE OF ARTIFICIAL INTELLIGENCE

This presentation will include a discussion of the intersection between artificial intelligence and privacy law, including CCPA, GDPR, and other relevant legislative developments. We will also consider the issue of algorithmic bias, including legal risks that may arise from biased algorithms, and legislative and regulatory trends in this area.

In this workshop, panelists will Start the Conversation between white women and women of color; specifically by unpacking some of the issues that have gone unaddressed in the past, but that get in the way of fostering more productive and authentic relationships.

RESTRUCTURING IN THE TIME OF COVID-19

How have the global pandemic and resulting stay-at-home orders affected US bankruptcy cases, and are these changes here to stay? This panel will examine issues that have arisen in bankruptcy cases filed during the pandemic, as well as how the pandemic has caused debtors to re-think their business strategies and what the future holds for debtors post-pandemic.

A guided stretch break to re-energize you for our GC Keynote Speaker! Join Angela George as she leads a mindfulness practice that will help you take a pause, breathe deeply and become fully present in your experience - all of which will support you in your journey to rest. 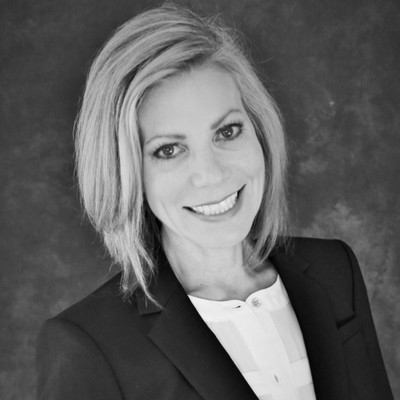 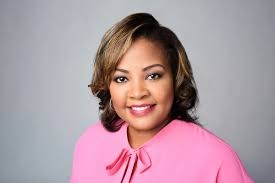 Audrey Boone Tillman, Executive Vice President and General Counsel of Aflac Incorporated, directs Aflac’s Legal division and functions related to Human Resources, Compliance, Government Relations, Federal Relations, State Government Relations, Global Cybersecurity and the office of the Corporate Secretary. In addition to her role at Aflac U.S., her responsibilities include oversight functions of the General Counsel and Compliance offices at Aflac Japan, where the company earns more than 70 percent of its revenues.

Audrey has received numerous awards and accolades during her tenure at Aflac. In 2015, she was the first woman to receive the Boy Scouts of America Distinguished Citizen Award. She also received the Columbus, Georgia Chamber of Commerce Chairman’s Award and was named to the 2016 National Law Journal’s 50 Outstanding General Counsel. In 2016, she received the Diamond Award, the highest honor given by the Corporate Counsel Women of Color Association. Audrey has also been named to Ethisphere’s 2016 and 2017 list of Attorneys Who Matter, an annual listing of corporate attorneys who “raise the bar for ethical behavior in their industries.” In 2017, Audrey was a recipient of the Distinguished Service Scroll from the University of Georgia School of Law alumni association as well as the Rosa Parks Woman of Courage Award. She was also recognized by Atlanta Tribune Magazine as a 2017 Superwoman and named on Black Enterprise magazine’s list of 2017 Most Powerful Women in Business. She also was named to Black Enterprise magazine’s 2017 Most Powerful Executives in Corporate America list and received Atlanta Business Chronicle’s 2017 Corporate Counsel Award and Inside Counsel’s Transformative Leadership Awards in the General Counsel of the Year and Insurance categories. Profiles in Diversity Journal recognized her as a 2018 Woman Worth Watching honoree. Most recently, she was named to Black Enterprise magazine’s 2019 Most Powerful Women in Business list for three consecutive years and Women’s Inc. 2019 Top Corporate Counsel.

In the new world of virtual conferences, networking is both easier and harder. This networking program will provide reasons as to why and how networking can be better online. And you will have the opportunity to experience networking effectively in the world of Zoom. Come join some of your favorite people, plus meet new individuals to build professional relationships and expand your network.

Sneak Peak: You know those groups you can't break into at a live conference? They don't even exist virtually!

2020 has been a year of racial reckoning. While the issues are not new, the increased willingness by individuals and organizations to confront the issues, with determination and vulnerability, marks a critical inflection point. All legal departments, regardless of size, have an opportunity to seize this moment to help drive social justice change and, in the process, help advance racial equity for women lawyers. This panel will explore Microsoft’s journey over the past several months, with the goal of inspiring other legal departments to consider deeply how they can influence meaningful change. It will share how Microsoft’s legal department turned inward and enabled discussions and engagement that are already shaping the department in new ways. It will also share how Microsoft is deepening its external racial equity commitments and provide examples for how companies, regardless of their industry focus, can use their own unique expertise in the process. And, along the way, it will explore race, culture, gender, allyship, intersectionality, and how strengthening our communities lifts and creates opportunities for women.

THE MANY HATS OF IN-HOUSE COUNSEL: ADVISING AND LEADING THROUGH THE ONGOING COVID-19 CRISIS

How did a large, complex insurance and banking institution mobilize to move a workforce of 35,000 employees to work from home status while continuing to deliver world-class member service AND effectively managing risks in an unprecedented environment? Learn how USAA accomplished this massive effort, and the critical leadership roles in house counsel played. USAA executive counsel will share the trials and tribulations of the difficult conversations that often extended around the clock as the company moved quickly to ensure employee safety, excellent ongoing operations, and compliance. They’ll describe the lessons learned and the continuing challenges brought by COVID-19 and 2020. Additionally, the panel will discuss the most relevant OSHA regulations applicable to COVID-19 concerns and the type of claims and litigation that are beginning to emerge.

RISING TO THE OCCASION: CRISIS LEADERSHIP AND CAREER STRATEGY

Women on this panel will discuss how they’ve used challenging landscapes to propel their careers.

MEASURING EQUITY TO MOVE BEYOND THE MOMENT

Where diversity is a fact and inclusion is an action, measuring equity is a choice that allows us to act meaningfully. By making equity an essential business priority, we can improve engagement, productivity, innovation and the sense of belonging for marginalized groups in organizational hierarchies divided by race, gender, disability, and sexual orientation. We will discuss how to surpass compliance requirements to setting goals and objectives that allow organizations to measure the progress of women and minorities in the legal profession where equity status is an absolute necessity. Because equity determines money and power, we will share best and next practices on how to act meaningfully to move beyond the moment.

SHOW ME THE MONEY

Justice Ruth Bader Ginsburg lived the mission of the National Association of Women Lawyers: the advancement of women in the legal profession and advocacy for the equality of women under the law. She was a cultural icon, and inspiration, and her work opened doors for all of us practicing today. During this final session, a group of Justice Ginsburg's former law clerks will discuss her legacy by sharing cherished stories and fielding audience questions.