The Advocacy Committee reviews public policy matters of interest to NAWL members and recommends appropriate action for the Board's consideration. The Committee may recommend, for example, a Board resolution, an official statement, targeted programming, and/or increased marketing efforts to advance NAWL's interests in a public policy area. Examples of recent advocacy initiatives include NAWL's support of certification and publication of the Equal Rights Amendment to the U.S. Constitution through a Board resolution, webinar programming, and amicus support. 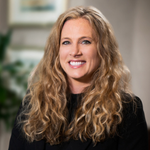 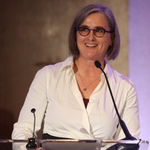 To advance the mission of NAWL and the NAWL Advocacy Committee, the Committee has been delegated authority by the Board to identify, prioritize, and recommend policy positions to present to the Board for approval, and to promote such policies by working across NAWL’s organization, membership, and established committees to undertake activities to influence public policy and legislation and to deliver messaging concerning public policy issues to educate NAWL’s membership, the broader legal community, the media, government officials, and the public. You can find all of NAWL's Advocacy Committee Policy Priorities below and for 2022-23 here.

Over 150 years have passed since our civil war and the end of slavery, yet this country has yet to fulfill the hard-won promise of civil liberties and equality under the law. As a nation, we must all come together and demand that those charged with enforcing our Constitution and laws be the standard-bearers of that promise. Only when every American feels safe and that they have the same rights to live in dignity and equality will that promise be realized.

Heeding the words of Rev. Dr. Martin Luther King, Jr. that it is “not merely for the vitriolic words and the violent actions of the bad people, but for the appalling silence and indifference of the good people who sit around,” NAWL renews our commitment to advocate for justice and equality for all. NAWL stands unified with other organizations supporting the principle of equal justice for all and the uniform application of the rule of law regardless of color, gender, race, religious or political affiliation. We call upon our leaders to ensure that states and localities fulfill the 14th Amendment’s guarantees of due process and equal protection for all. We call upon our members and the legal profession to join us and employ the knowledge, skills, and values we have as lawyers to implement strategies that will eradicate systemic racial injustice.

August 27, 2021: NAWL remains steadfast in its commitment to protecting voting rights and access to the polls, supports legislative efforts that would expand, restore, and strengthen equal access and protection of the right to vote for eligible voters, and opposes legislation that creates barriers preventing eligible voters from exercising their right to vote, which disproportionately impact women and people of color. More information>>>

November 5, 2021: NAWL maintains that advocacy to ensure pay equity and opportunity is critical for advancing NAWL’s mission because pay equity is integral to economic equity and equity of opportunity, and therefore essential for women to thrive, advance, and be recognized for their contributions in the legal profession, and across all industries. More information>>

The Equal Rights Amendment was passed by Congress in 1972, and Virginia became the 38th state to ratify the amendment in 2020, thus fulfilling all constitutional requirements set forth in Article V, yet the U.S. Archivist has not yet published it. On March 6, 2020 the National Association of Women Lawyers (NAWL) approved a resolution affirming NAWL’s steadfast support for the Equal Rights Amendment (ERA) to the United States Constitution.

The ERA states simply that “Equality of rights under the law shall not be denied or abridged by the United States or by any state on account of sex.” Aiding in the passage of the ERA directly serves NAWL’s mission of providing leadership, a collective voice, and essential resources to advance women in the legal profession and advocating for the equality of women under the law. More Information>>>

On January 10, 2022, NAWL and advocates representing 52 organizations for women's equality filed an amicus brief in the U.S. Court of Appeals for the District of Columbia Circuit in the case filed by the Attorneys General of the last three states to ratify the Equal Rights Amendment –– Nevada, Illinois, and Virginia –– to force U.S. Archivist David S. Ferriero to publish the ERA to the U.S. Constitution. The Court previously dismissed the case for supposed lack of jurisdiction. Read the brief>>>

DIVERSITY & INCLUSION IN THE LEGAL PROFESSION

The mission of the National Association of Women Lawyers is to provide leadership, a collective voice, and essential resources to advance women in the legal profession and advocate for the equality of women under the law.

The Amicus Committee reviews requests for participation as amicus curiae in cases of interest to NAWL members.  The Committee recommends appropriate cases to the NAWL President for consideration.  The Committee reviews amicus briefs drafted by other organizations and considers the appropriateness of NAWL's signing on to the brief.  In other cases, NAWL drafts its own amicus brief and sometimes solicits other organizations' joining NAWL in its amicus brief.  Issues on which NAWL has provided amicus support include enforcement of Title IX, employment discrimination, women's health, and domestic violence issues.  More information>>